Despite his short span in the rap game, The Notorious B.I.G left us with a plethora of dope verses. Not just on his own stuff but on other joints too – I’d go as far as saying he performed better on guest verses than he did on his own material. We at Bespoke got into a very heated discussion as to what are Biggie’s best verses. Firstly, deciding his best verses among a group is a challenge in itself – let a lone picking a top FIVE – it’s Biggie after all! A song that many haven’t heard and is most definitely slept on. Probably one of the last verses Biggie ever recorded before he was put to rest – and if so at least the King went out in style. To be honest, all three of his verses really go in – although we agree the third one was the hardest of the lot. It just clearly displayed every single aspect as to why Biggie was such a maverick of his craft. The whole king dope dealer to king lyricist, off beat flow and ladies man bravado – all rolled into one hot 16, has to be admired.

P.S This is Jadakiss’s favourite Big verse ever

Favourite line: “Robbing come naturally, in and out like fucking rapidly” One of the more notable songs Biggie ever featured on – due to the success of the single, however many don’t realise how good Biggie’s verse actually is. I think like most of us we learnt to appreciate the verse over time with age and maturity, in reference to having a better understanding of women (us men that is). I mean Big never told no lie man – everything he was talking about albeit the situation was different for his listeners – but still all men could really relate to what he says. Plus, we just love how he rides the beat on this song man.

Favourite line: “Disrespect my clique, my shit’s imperial. Fuck around and I made her milk box material”

The breakthrough verse that both brought attention to Biggie while also ruining Craig Mack’s career – as from thereafter the Badboy limelight was only on BIG. I think for most rappers their worst fear to have someone ether them on their own song but to make matters worse it’s your label-mate and someone completely new to the scene too. I can’t even go in depth how much we love this verse. It essentially set the scene for what was yet to come from Biggie – dismaying other rappers from competing with B.I…

Favourite line: “Niggas is mad I get more butts than ashtrays” and “You’re mad cause my style you’re admiring, don’t be mad UPS is hiring” 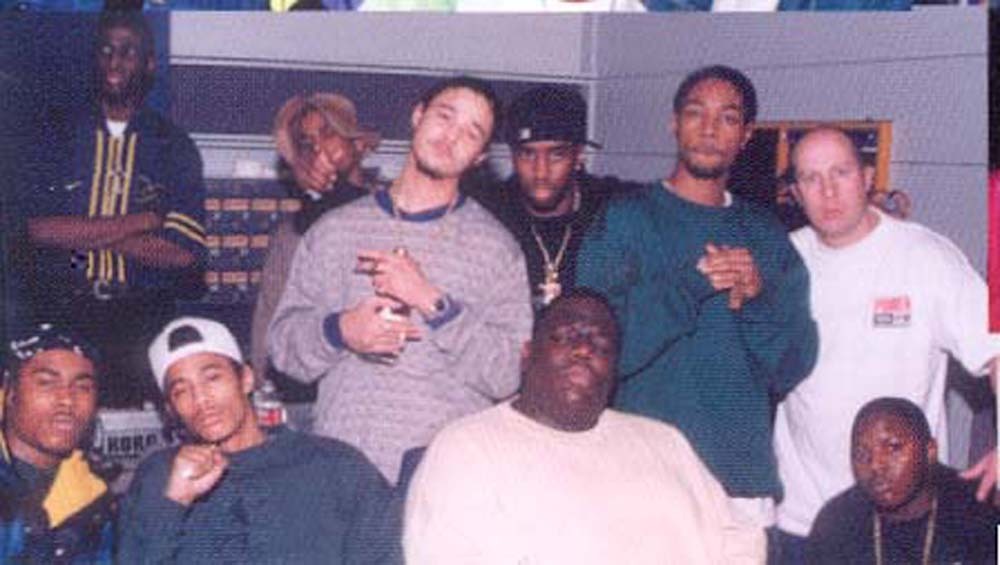 We can say so much about this verse, honestly! But we’ll keep it relatively short. To us this verse essentially displayed why Biggie is the best rapper of all time – because he should be completely out of his element here. He mastered a flow and style of rap that was solely identifiable with Bone Thugs, while at the same time still precociously made it a Biggie verse with slick bars and punch lines, while providing life lessons “know the bitch ‘fore you caught yo’self lovin’ it, nigga in a Benz fucking it”. Also, we feel we should add that when Pac did a song with Bone Thugs they had to slow down the beat for his verse – definitely worth mentioning.

P.S. Skip the song to 1.13 that’s when his verse starts – obviously you need a crazy long build-up for such a dope verse. Plus Pusha T said the same thing

Favourite line: “Been in this shit since ’92, look at all the bullshit I’ve been through. So-called beef with you-know-who”.

As if you didn’t know what was going to be number one?! The definitive Biggie verse, the creme dela creme, the je ne sais quoi of all hip-hop verses. This verse is what Zidane’s goal agaisnt Bayern Leverkusen in the Champions League final in 2002 was to football, what Michael Jordan’s game 6 performance in 1998 against Utah Jazz was to basketball, what Michael Jordan doing the Moonwalk for the first time at Motown 25 show was to music and pop culture. This is simply the best ever verse laid by a rapper. The verse is cinematic, brash, eclectic, a beautiful tragedy and the flow OMG the flow! It’s rumoured this was literally the last song Biggie recorded before his untimely death. I mean if that is true then this is another reason as to why you should believe in God.

Favourite line: “Raw nights I perform like Mike, anyone – Tyson, Jordan, Jackson. Action, packed guns” and “And I’m quick to bust, if my ends you touch, kids or girl you touch, in this world I clutch. Two auto-matoes, used to call me fatso now you call me Castro. My rap flows militant”.